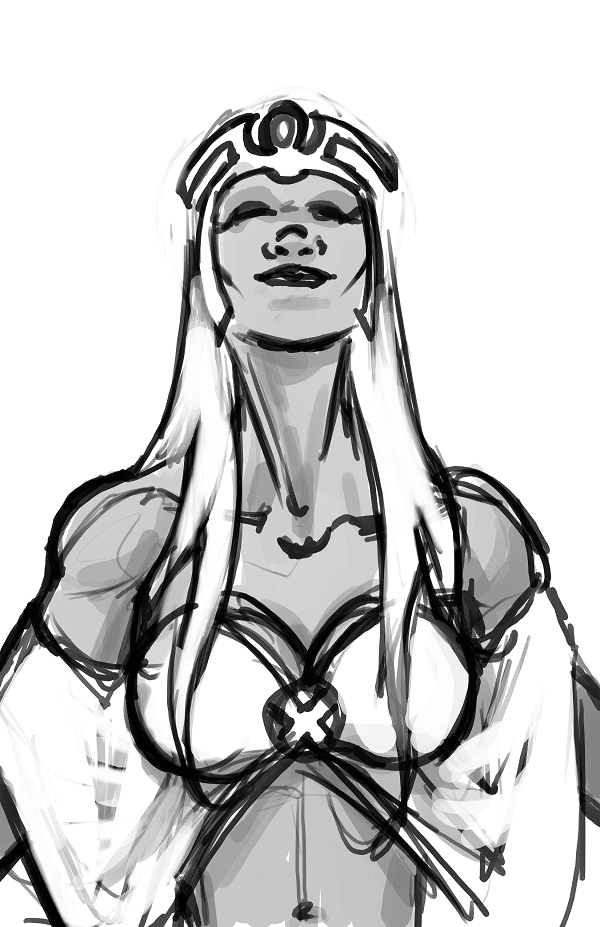 A quick concept sketch of Ororo Monroe – aka Storm of Marvel’s X-Men. I redesigned her costume just for fun (not that you can tell too well from this shot). The X-Men come in a solid second place for my ‘all time favorite comic series’, following hot on Spider-man’s heals. Yeah, I was a Marvel kid growing up.

As I grew up, I found an appreciation for DC. They tend to create more iconic characters, imho. Or rather, they did when I was a kid. Both companies (and many more) blur the lines a bit more often now, but it seems (to my memory at least) that Marvel was always about muddying the waters a bit – making things not so clear cut. Peter Parker started out trying to make a fast buck with his powers. Ororo made people believe she was a goddess. That always made those characters more real to me.

I love a good icon, but when I was a kid, I wanted to understand right and wrong, and it didn’t seem like those lines would ever be as clear cut as they were for Batman or Superman. I was a Marvel kid.