The second drawing I did today. This one was while I chilled at a Starbucks and did some people watching.

So I recently downloaded the new Sketchbook Pro for Android. As the previous edition of Sketchbook was pretty much the only app I use for illustration on my Galaxy Note 8, I jumped at the chance to pick up a new version with the assumption that it was significantly improved. The marketing materials certainly seemed to make it seem so. I wanted to spend a little time with it before I posted/commented on how I feel about it. This is that review. (Don’t let Patch’s commentary fool you…)

First, let’s look at the

They removed some of the functionality that already existed in previous versions and added it back into a ‘Advanced Pro Tools’ pack which you have to purchase. This means you have to spend more on a product you already purchased. Since the cost is low ($3.99) and the value is high (the selection tools alone would make it worthwhile) I went ahead and bought it. I figured it’s the same in the desktop world – you have to pay for new editions – so why not. Still, it did feel a bit like re-buying something I already own. 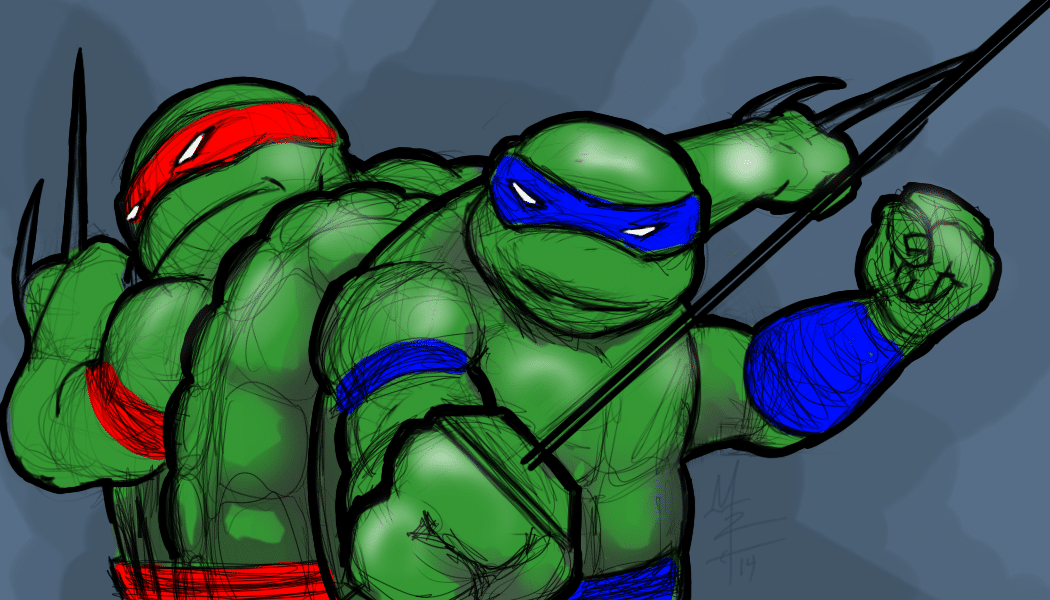 TMNT – Turtle Power! The first drawing I did today – kinda a warm up while I had breakfast.

Now that’s out of the way, let’s take a look at the

I give the new version a 3.75 out of 5. It has some (minor) bugs/issues, but 1. they’re manageable and 2. I suspect they will go away over time as AutoDesk gets a chance to revise/tweak. It’s going to remain the only app I consistently use for illustration purposes.

One comment to “The New AutoDesk Sketchbook Pro for Android”