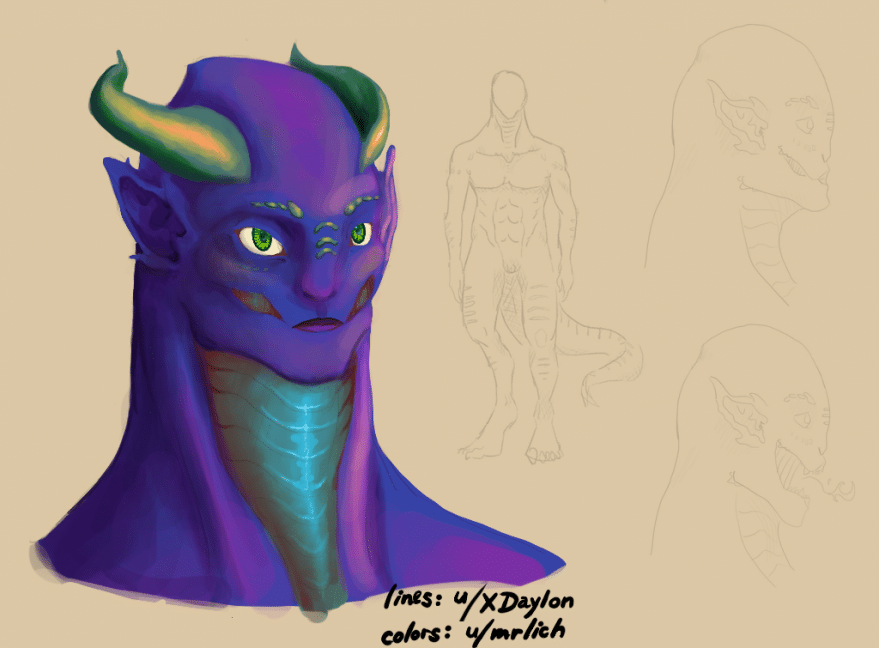 Over on Reddit, there’s a subreddit that I like to browse called r/characterdrawing. Generally, I just like to lurk. Maybe make a comment or three. But today, while waiting for a client’s response to thumbnails, I had some time to kill.

The user who did the linework (u/xDaylon) said that they were pretty adept with the linework side of things, but their coloring skills just weren’t the best. I immediately thought I was in the same boat, and since I had the time to kill, I would give it a shot.

I used Procreate to do the colors, and I forced myself to stick to a single brush (hard round) though I allowed myself to vary size and kept the opacity reliant on pressure.

It’s far from great, but it’s better than I was able to do not long ago. I just have to keep chugging along…