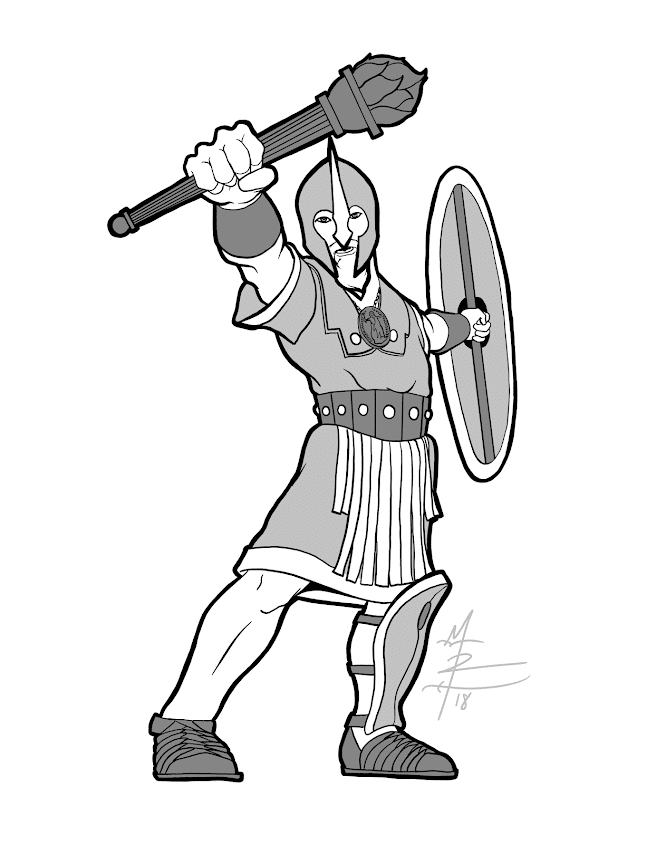 A recent character portrait commission for a human cleric from a client on Sketchmob.

I liked this one because the armor is based on Roman armor from the ancient world rather than on more traditional ‘high fantasy’ designs. I wouldn’t want to do that all the time, but on occasions like this, it’s an extra little treat.

The description I was given:

Check out my Sketchmob page if you’d like to commission a character portrait of your own. Options start at just $10.00!