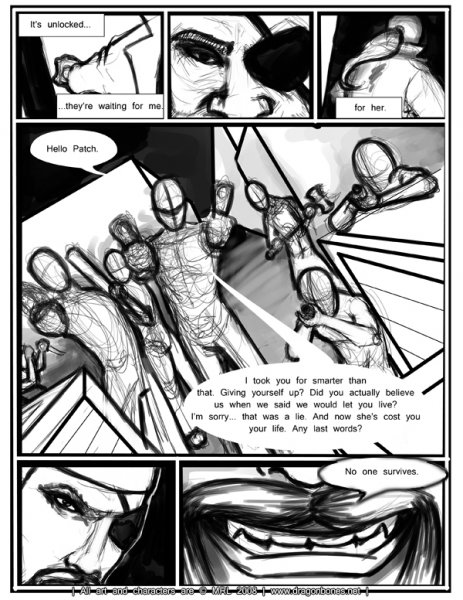 Just a couple of quick things that I did to ‘blow off some steam’ instead of working on projects (like I should be).

First we have a layout for a concept comic page I had. Really, the idea was just to have a 1 page comic story to give people a little feel for Patch. I think that I got the mood across alright, but the visual storytelling could be a lot stronger. Obviously I lost interest before the bad guys… well… gained faces.

Next we have a little fan art of Neil Gaimen’s Death. Though I must apologize for the severely sketchy feel to this one. Really more of a doodle than anything else. I think that I have a little fanboi crush on Death.

How to Draw RPG Characters