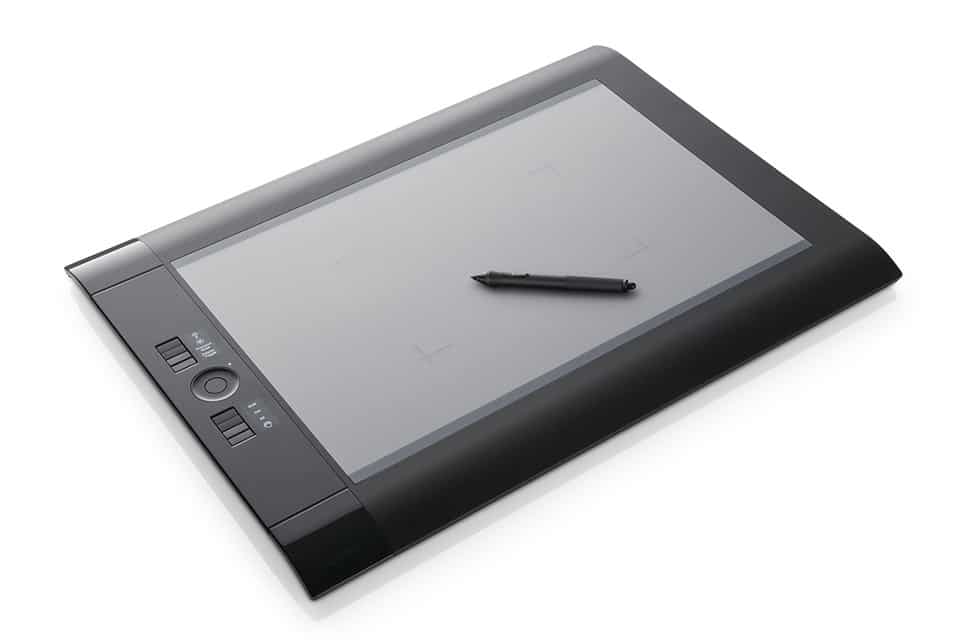 Wacom was (and really still is) the only solid name when it comes to pro level gear, so I went to their site and did some shopping. Looking through the options, I decided that I couldn’t afford the Cintiqs. The cheapest they had was over $1000 and you still needed a separate PC to run the programs on. I wanted one, but it was unrealistic. Art was still only a ‘side job’ and I didn’t feel like I could validate the expense.

The Intuos line was much more reasonably priced, and I decided to go big. Really big. I got the largest they had.

My reasoning was sound – I thought: “I’m a big dude. If I want to make large, gestural strokes of my arm, I can’t do that on an 8.5×11 form factor. While that was true, I did find in the end that it was too much tablet for me. It sat beside my computer way too much – in part because it felt like I had to “lug it out” every time. Takeaway: keep it down to something that at least fits on your desktop unless you’re really a person who needs those broad gestures – often.

Still – it needs to be said here that working on a real Wacom Intuos was a beautiful thing. Applications did what I wanted them to when I wanted them to do it. It felt… natural. I know that sounds strange when talking about digital art hardware, but it’s also true. There was a great flow to working with this device, and I sometimes miss it. I still have this one despite not being able to take it with me on the road – it’s sitting at my parents’ place. Want to buy it? Let me know.